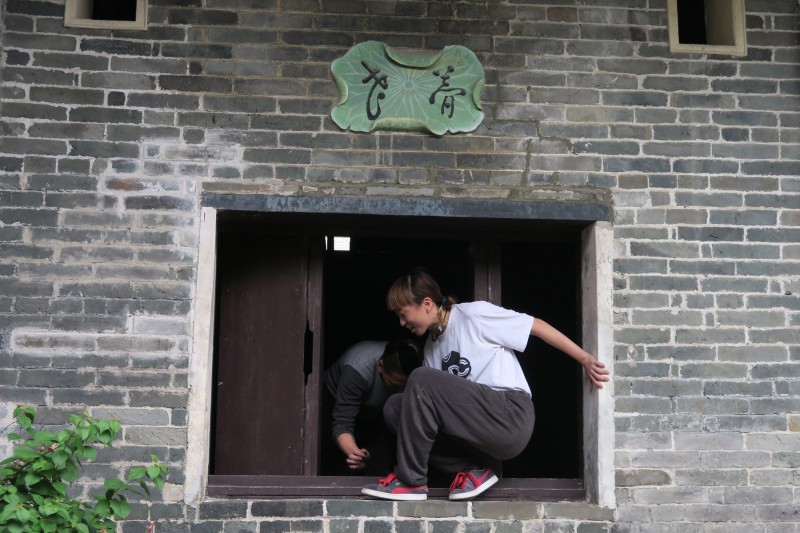 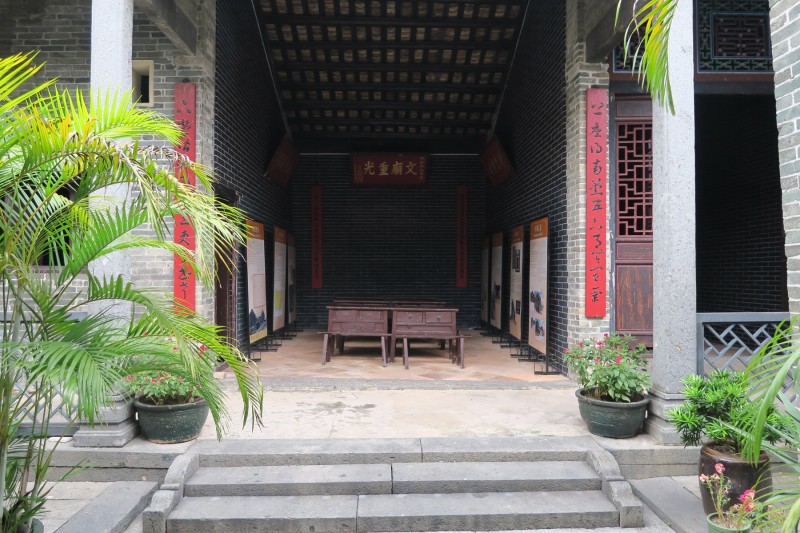 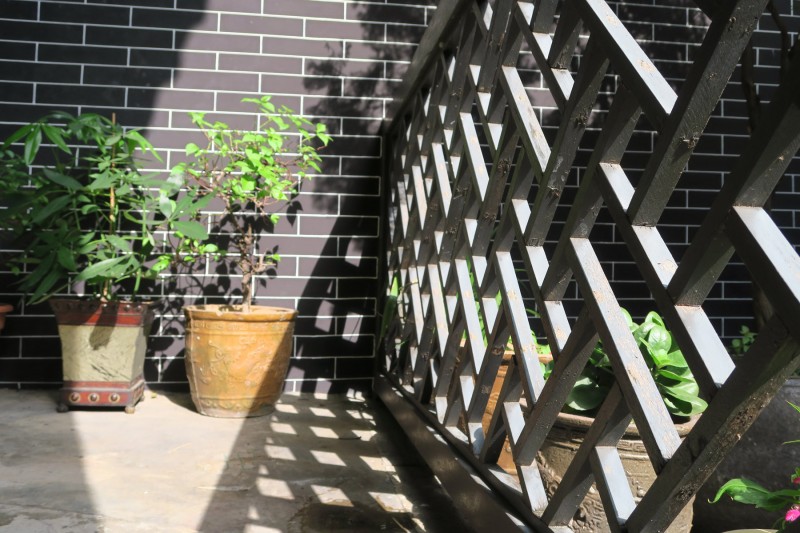 Probably due to refined fengshui consideration, located at the southwest edge of Shui Tau Tsuen are a few buildings not following the east-west orientation of all other houses in the village. One of which is Yi Tai Study Hall 二帝書院 that aligns roughly in a north-south direction.

Dedicated to deities, Man Cheong 文昌 [God of Literature] and Kwan Tai 關帝 [God of War], Yi Tai Study Hall 二帝書院 was built in the early years of Daoguang 道光 era (1820-1850) to provide schooling to local children. It is also said that there was a pagoda located to the southeast of Yi Tai Study Hall housing the images of these deities before the study hall was founded.

Man Cheong 文昌 [God of Literature] is the deity overseeing the academy, examinations, and hierarchy in officialdom, while Kwan Tai 關帝 [God of War] represents brave and upright warrior. In the early years of Daoguang 道光 era (1820-1850), when the pagoda was demolished, sixteen local gentries in Kam Tin initiated the founding of a new study hall. A society, namely Yi Tai Wui 二帝會 [Society of the Two Deities] was organized by them to manage the construction and operation of Yi Tai Study Hall. Other than managing the construction of the new study hall, Yi Tai Wui 二帝會 also patronize the students educated in the study hall by the profits from selling and rental its own properties, and granted less privileged students with scholarship. After the abandon of imperial examination in the late Qing dynasty, the study hall continued its function as a school until the Japanese Occupation (1941-45). The building was declared as a monument in 1992 and restored in 1994.

Yi Tai Study Hall is a two-hall structure where the spatial layout was interestingly designed. Instead of having a grand entrance doorway at the longitudinal side of one of the hall, the main door is opened between the two halls and hidden behind a corridor attached to the east side of the building.

The roof of the main hall is supported by timber purlins that sit on load bearing grey brick walls as well as granite beams and columns at the front eave section. They are imitations of wooden structure in shape and constructional method. These members made of costly material not only demonstrated the wealth of the founder, but also mark the importance of the building.

Back to Project Page
0 Likes
We use cookies to ensure that we give you the best experience on our website. If you continue to use this site we will assume that you are happy with it.Ok