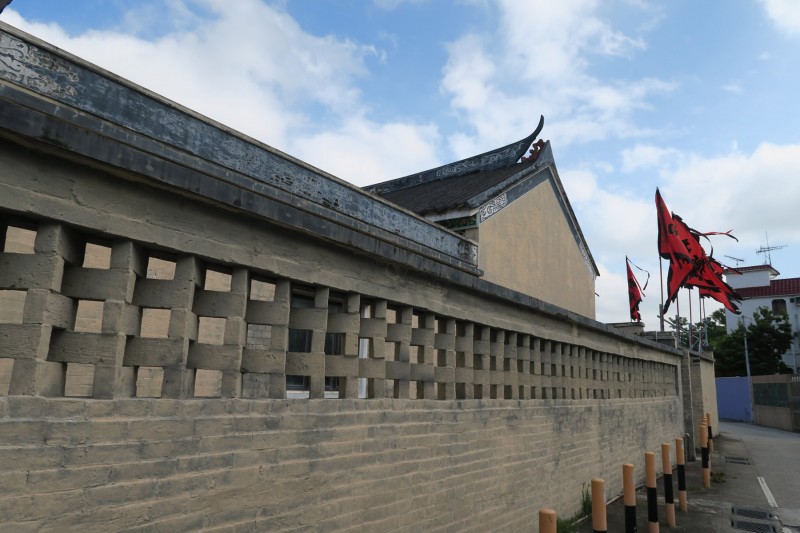 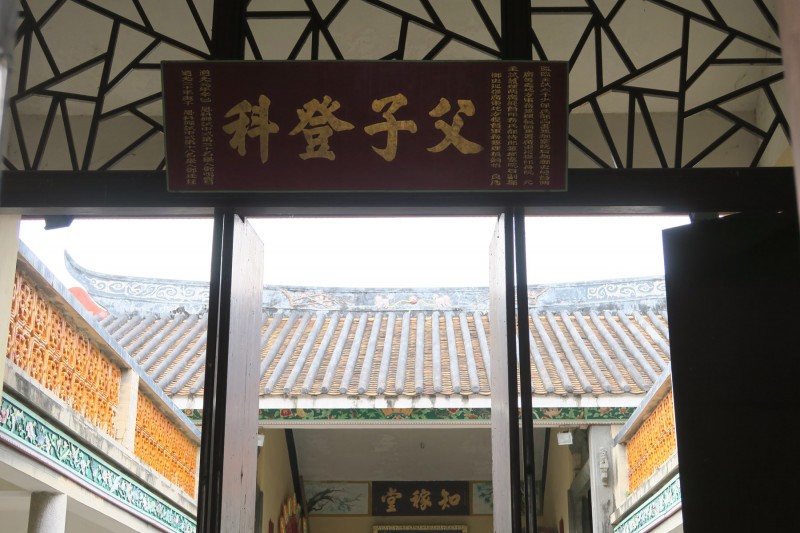 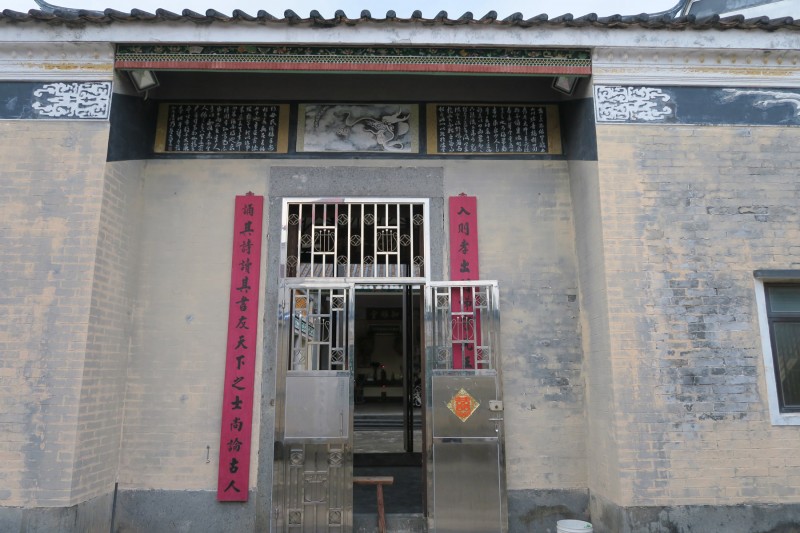 So Lau Yuen 泝流園, also known as Gi Ka Tong 知稼堂 [Hall of Expert in Agriculture], was built by Tang Kuen Hin 鄧權軒, the 27th generation patriarch of Tang clan in Kam Tin around the late 18th century. It is said that the study hall is a place not only providing schooling to children, but also a village magistrate judging disciplinary cases among villagers in Kam Tin. After the hall ceased to provide schooling; it becomes a place for locals to practice martial art. The study hall held major celebratory feast for marriage and newborn male, and where Pun Tsoi 盆菜 [basin meals] was prepared for all members of the branch lineage.

Having an entrance gate, forecourt, main building and kitchen, the overall spatial layout of the So Lau Yuen is rather interesting. The main building is a two-hall structure with three jian in width, having a kitchen block at its left. They share a sizable forecourt where a screen wall decorated with leaking windows formed by ceramic grilles is found.

Once passed through the main doorway formed by granite surrounds, the ceremonial screen door is found located at the middle blocking the direct view of the interior of the hall. Atop the screen door is a lattice screen elegantly decorated with “cracking ice pattern”, where an honorary timber plaque inscribed with four Chinese characters “父子登科” [Father and son passing the imperial examinations] is found, glorifying the scholarly achievement of the members of the branch lineage.

Flanking the steps are a pair of elaborate granite stringer, also known as chuidaishi 垂帶石 [ribbon dropping stones], that were finely carved with motifs of scrolled cloud. These decorative steps carry a good omen in that “stepping to the region of clouds”, expresses wishes for achieving the highest rank in the officialdom.