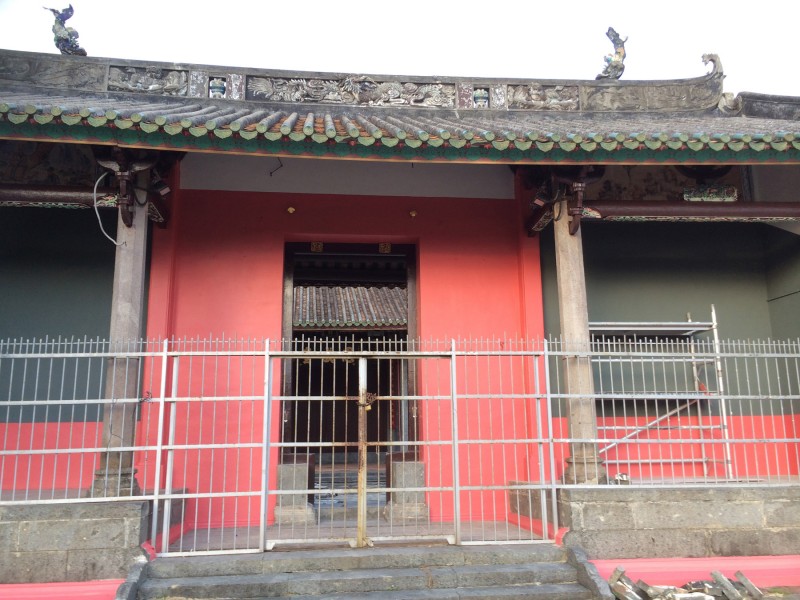 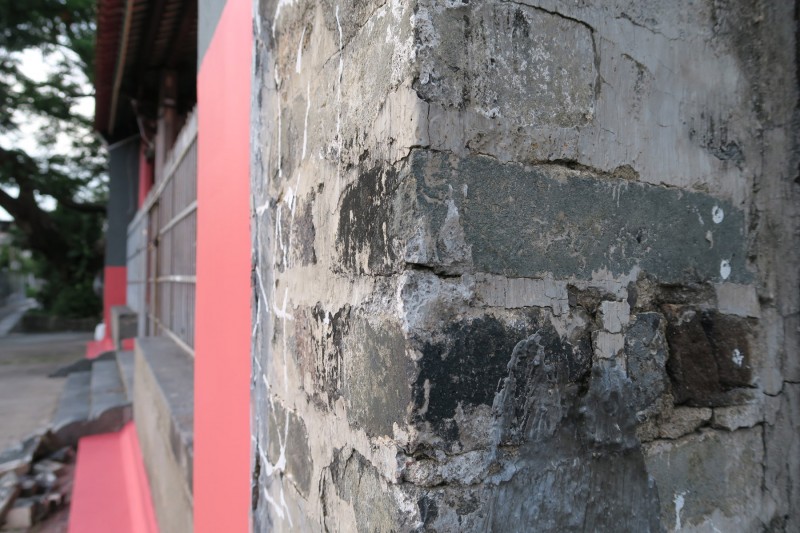 Tang Tsing Lok Ancestral Hall locates at the southwest corner of Shui Mei Tsuen, where is served as a focal ancestral hall for the descendants of Tang Tsing Lok, the eldest branch lineage at present-day Kam Tin. It has been listed as Grade 1 of Historic Buildings in Hong Kong. Being a sizable ancestral hall in Hong Kong, it occupies a footprint of 547.66m2.

The most important celebration is associated with entering a newborn son into the lineage registry for him to be rightfully recognized as a member of the lineage. The ancestral hall is also the venue where the marriage took place. Wedding banquets are held inside the ancestral hall and in the open forecourt where basin meals are served.

The main ridge is of curled-up ends and finely decorated with delicate plastered relief in serial of panels. The middle panel is depicting a carp leaping from turbulent waters over a gate beside a sinuous dragon amidst scrolling clouds, symbolizing “liyue longmen鯉躍龍門 [crap jumps over the dragon gate]”, a wish for increased prestige.

The roofs are supported by stacked-beams-and struts systems with elaborate timber members where the underside of the timber beams and tuofeng are finely carved with auspicious motifs. Below the roof is a register of murals at the top of the entrance wall depicting idyllic landscape and folk stories.

Dated to the 59th year of Qianlong era (1794), a plaque inscribed with three Chinese characters “Sze Shing Tong”思成堂 is hung atop the screen doors in the main hall, which was written by Cho Peng Ling who was granted the honor of Jinshi 進士