Air and Breath I 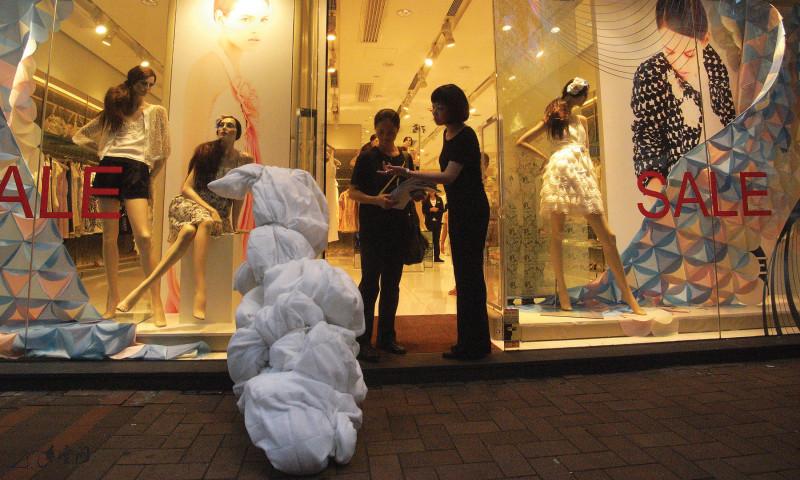 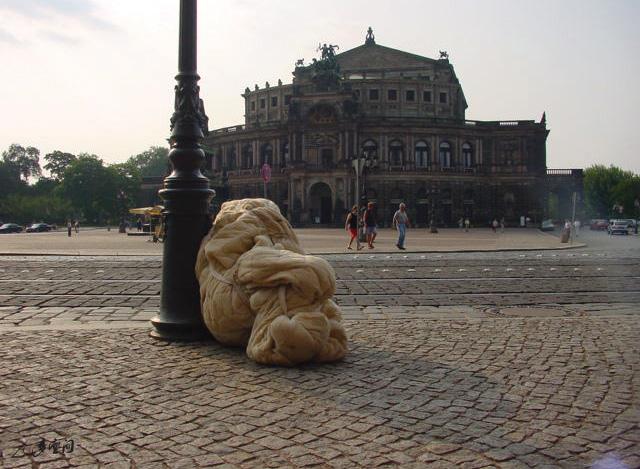 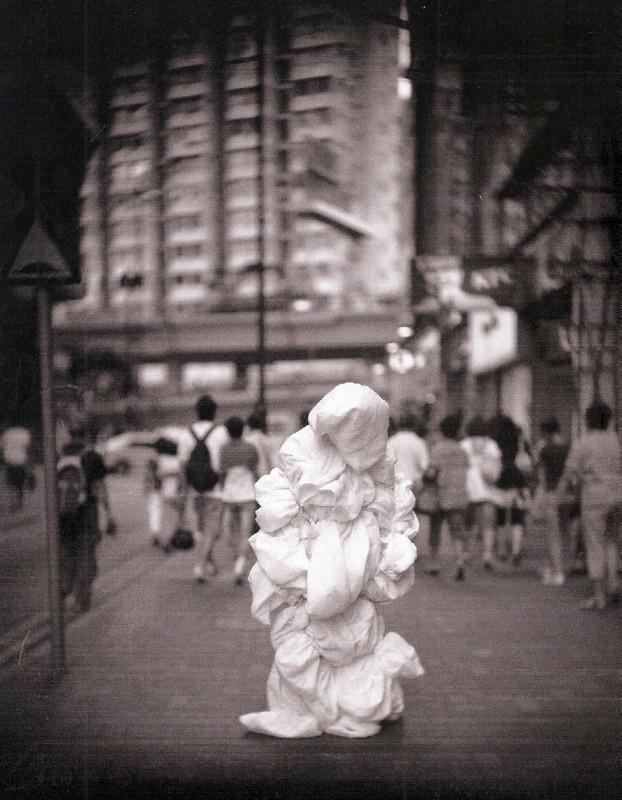 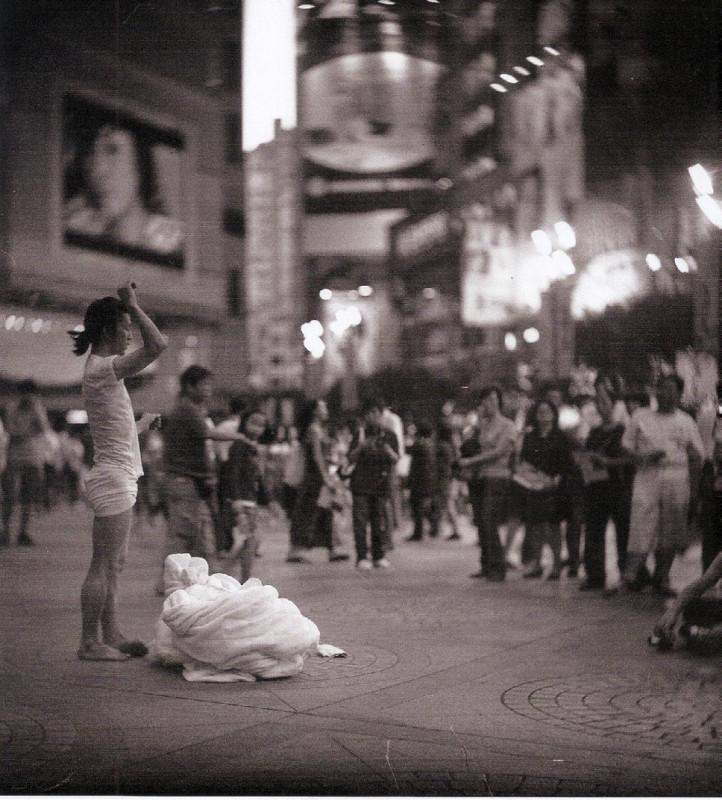 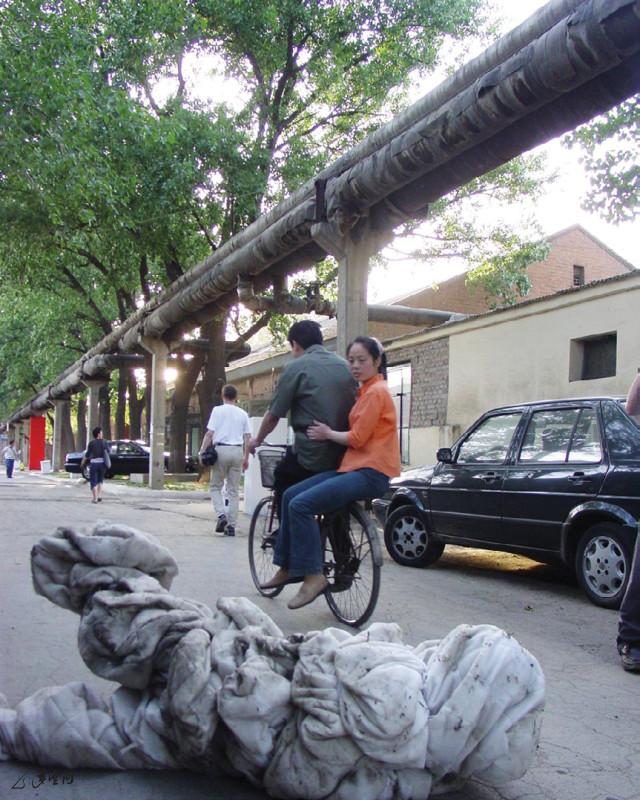 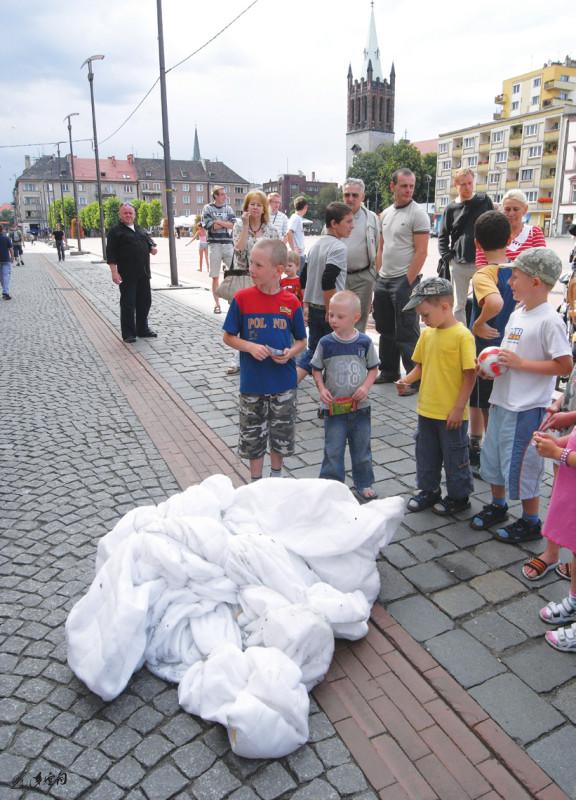 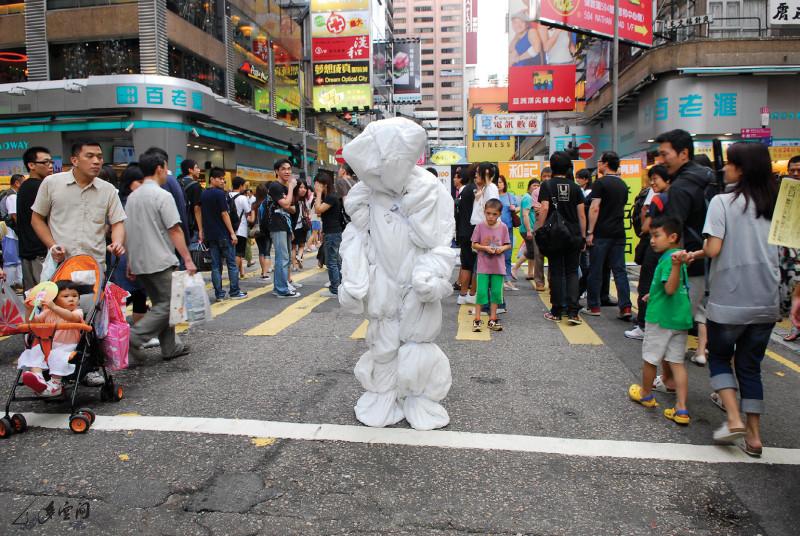 In 2000, while others celebrated the millennium, Victor and Mandy’s homestead in Kam Tin, New Territories was torn down, the land reclaimed by the government. The next day, without a home, they performed Dance “In” Possible II – Dark Corner, followed by performances in Norway. While there, the Oktoberdans festival invited them to create a site-specific work. This work would later receive invitations to be performed in Dresden, Beijing and Poland, and also would be performed in Hong Kong.

Air and Breath I allowed for a direct conversation between breath, body and the city. Victor and Mandy were wrapped entirely in duvets and elastic cords. Their breath was the guide for rolling movements on the surfaces of the cityscape.

Air and Breath I is:
A life-like thing that breathes
An amorphous thing
A thing that is neither male nor female
A thing that has no distinct skin colour
A thing that does not know how to move according
to codes of urban human behaviour
A sculpture that moves
A….

Oktoberdans project I: Air and Breath I

Y-Space was invited by Oktoberdans to create a site-specific work, but with limited resources, the projections that were planned could not be realized. Victor and Mandy observed the sloping streets of Bergen, which became the source of Air and Breath I.

Y-Space was invited by Norwaygian Jana Winderan for the Wishing Thinking project at Tanzwoche in Dresden, Germany. Her “Wish” was for Y-Space to perform Air and Breath I in seven different locations
in Dresden. As the strange white objects rolled in the streets of Dresden, Victor and Mandy received different responses. Some saw them as buskers and gave them money; some took the money away; some rolled along with them; some were confused and spoke agitatedly; some kicked these strange objects; and of course some simply ignored them.

Y-Space was invited to perform in the famous 798 Art Village in Beijing. As they rolled in the streets of the mother country, a large crowd gathered to watch; with the traffic obstruction caused, they were chased away. But they clearly sensed the crowd’s curiosity and thirst for modern art in a China undergoing reforms.

Air and Breath I: The Streets of Hong Kong and Poland

In July, as Y-Space travelled to Bytom, Poland for the Poland XV Annual International Contemporary Dance Conference and Performance Festival 2008 with Air and Breath II, the rolling white object once again conducted its physical conversation with the streets and the people of a foreign land.