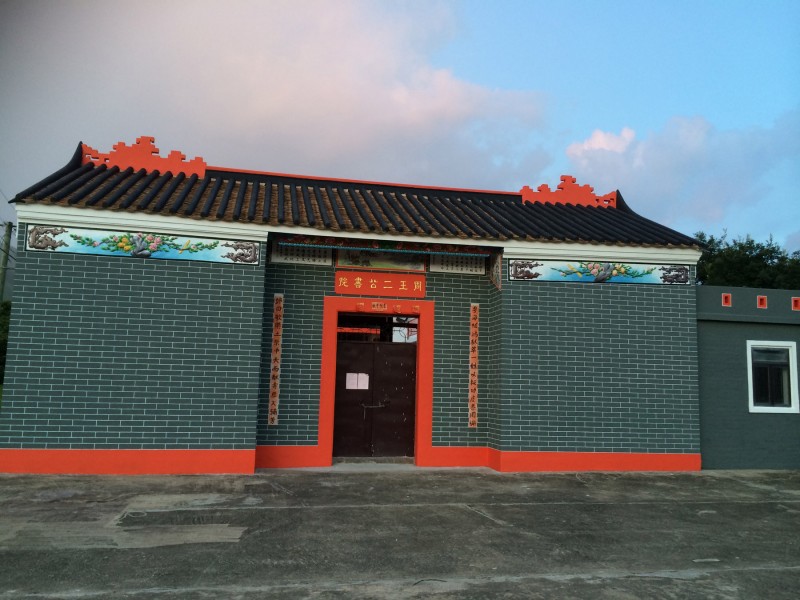 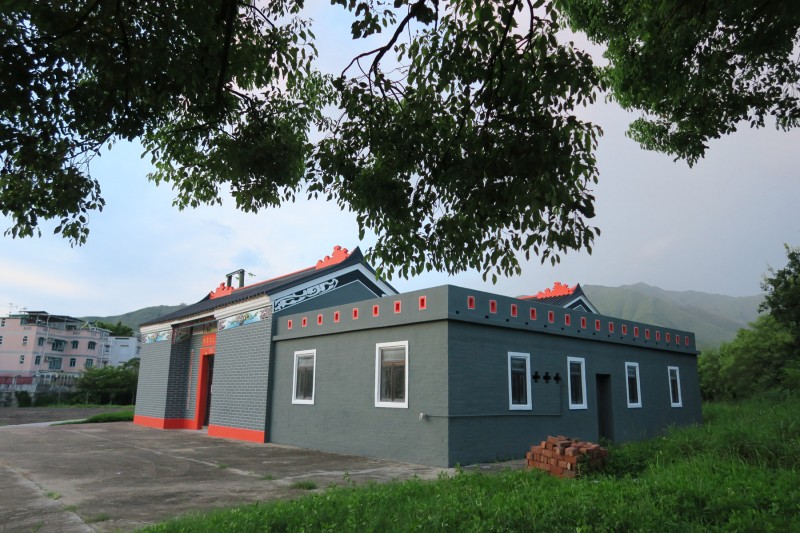 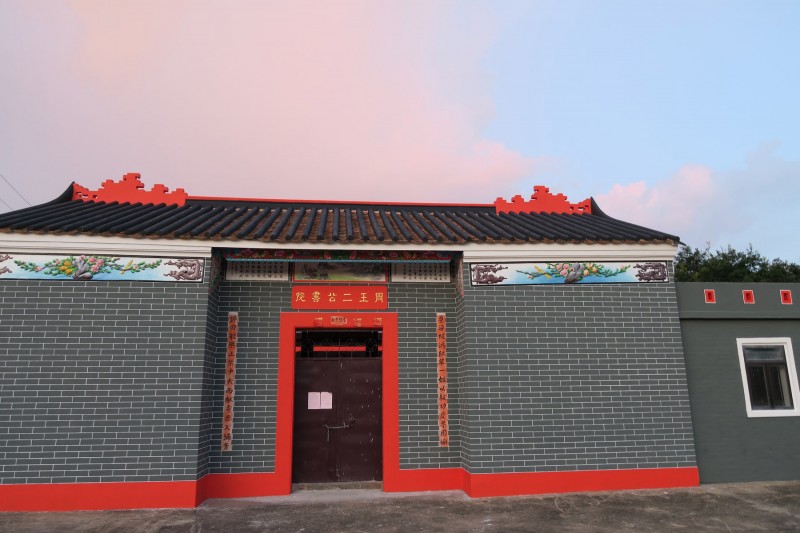 Chou Wong Yi Kung Study Hall is located to the south east of Shui Tau Tsuen at the bend of Kam Tin River. Surrounded by water at three sides, it was linked to the rear of Shui Tai Tsuen by the Bin Mo Bridge.

The Building was built by the Tang clan of Kam Tin in the 23rd year of Kangxi 康熙 era (1684) in the Qing Dynasty to honor Zhou Youde 周有德, Viceroy of Guandong and Guangxi 兩廣總督 and Wang Lairen 王來任, Governor of Guangdong 廣東巡撫 whose pleading with Emperor ended the coastal evacuation.

Chou Wong Yi Kung Study Hall is a two-hall structure with three jian 間 [bay] in width. It has an entrance building and ritual hall separated by a courtyard along the central asix. At the rear of the main hall is an altar where the soul tablets of officials Zhou and Wang are housed.

Apart from providing schooling to local children, it is also the place where village festival, known as Chau Yan Kin Chiu 酬恩建醮, took place every ten years. Start from 1684, the rituals are initiated to pay great respect to Zhou and Wang as well as relieve the souls of those dead cased by the evacuation order. It is the only rituals commemorating officials Zhou and Wang, which was still carried on in Hong Kong.

Villagers would make offerings, such as fruits and dumpling known as Cha Kwa 茶果 at Chou Wong Yi Kung Study Hall before the opening rite. In particular, they would also paper offerings for Zhou and Wang.

Led by a team of Taoise priests, a continuous series of ritual activity is carried out to cleanse and purify the place as well as to please and drive out the evil spirits during the five-day and six-nights rites.

The original timber Chinese roof and brick structures of the study hall were already replaced with concrete structures.