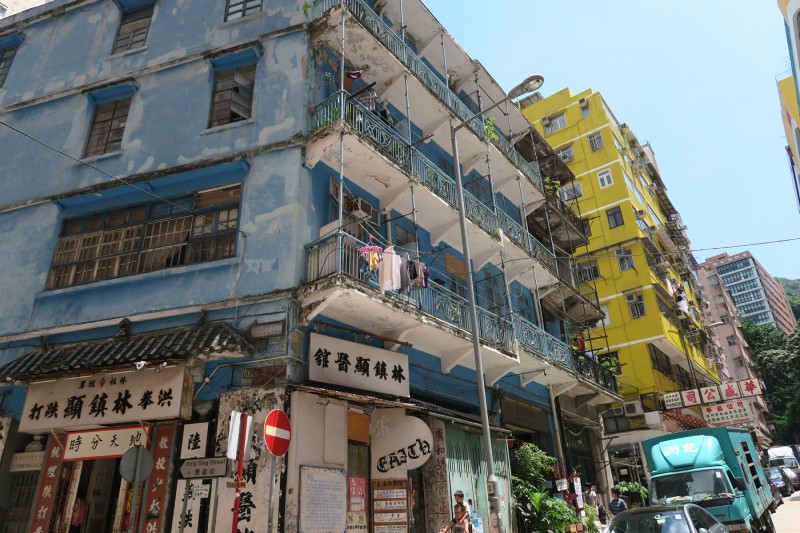 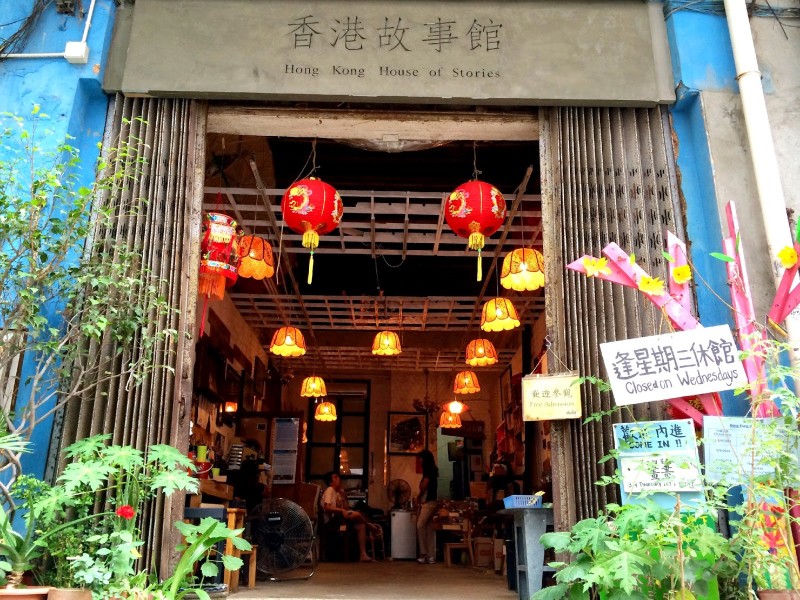 The Blue House is a four-storey Lingnan-style house built in the 1920s with a mixture of Chinese and Western architectural features. The distinctive blue colour was not a deliberate aesthetic decision – the decorators only had blue paint, so a blue house it became.

The building was part of a HK$100 million plan, unveiled by the Housing Society and the Urban Renewal Authority, to preserve nine Chinese-style buildings in Wan Chai that were constructed during the 1920s. According to the plan, seven other pre-war buildings on Hing Wan and King Sing Streets would be preserved. The project was completed in 2011.

In 2007, the Urban Renewal Authority and the Development Bureau jointly announced that the residents of the Blue House, were to be allowed to stay in this historic monument.

Holding the objectives of “Where traditions are conserved and diverse cultures converge”, Wan Chai Livelihood Place was opened in 2007 by the St. James’ Settlement in Blue House, it strives to arouse public concern on the regional and cultural conservation through diverse and interactive ways. In March 2012, it morphed into the Hong Kong House of Stories, expanding its area of concern to include the community cultural issues of Hong Kong.