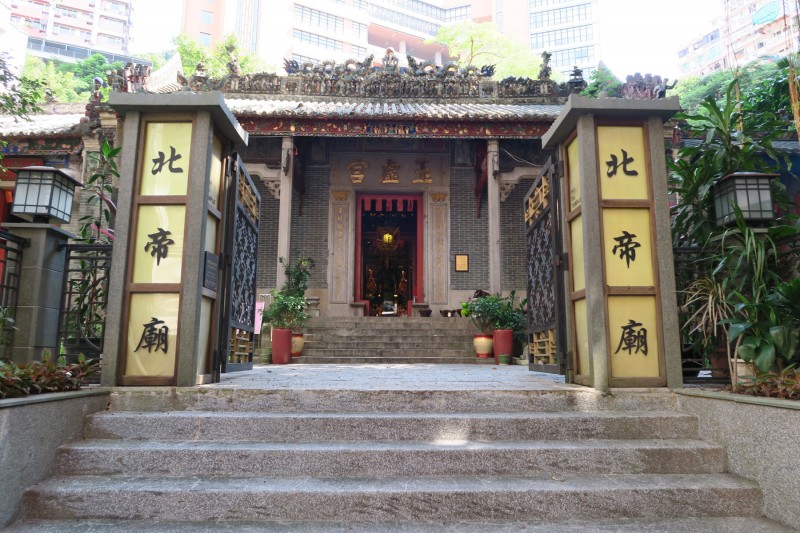 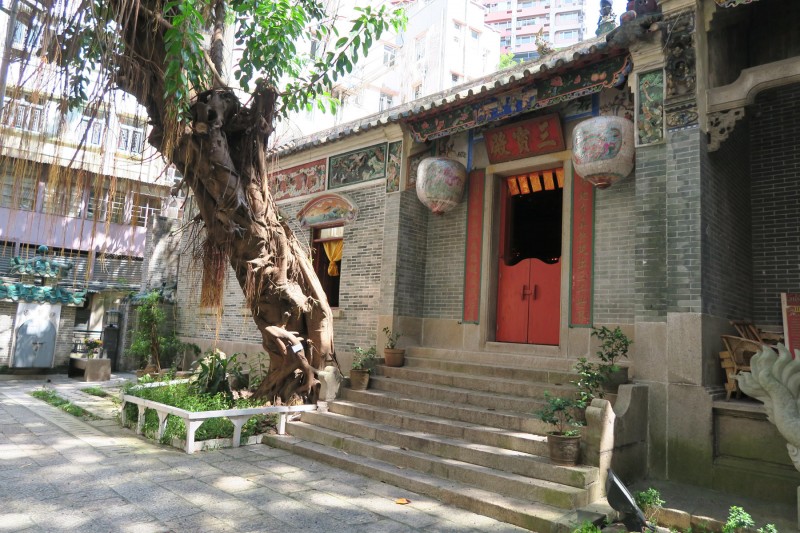 Located in Lung On Street, Wan Chai, the Pak Tai Temple was built by local residents in 1863. The temple, originally called “Yuk Hui Kung”, is now listed as Listed as Grade I historical building by the Antiquities Advisory Committee for permanent preservation.

The temple is the biggest on Hong Kong Island and is exquisitely built. It consists of three halls with the main hall housing the image of Pak Tai. Flanking on both sides are the images of Lung Mo (Dragon Mother), the Three Pristine Ones and the God of Wealth. In front of the image of Pak Tai are the images of the Sei Dai Tin Wong (Soldiers of Pak Tai) which have lifelike appearances and are poised to strike. There are also side halls of varying sizes. The ridge of the temple roof is decorated with a pair of dragons to symbolize that the temple is being guarded by the dragons. According to legend, dragon represents peace, good fortune and wealth.

According to the stone tablet inside the temple, the temple has undergone major renovation in 1928. A multi-million dollar renovation work was carried out by the Chinese Temples Committee in 2005.