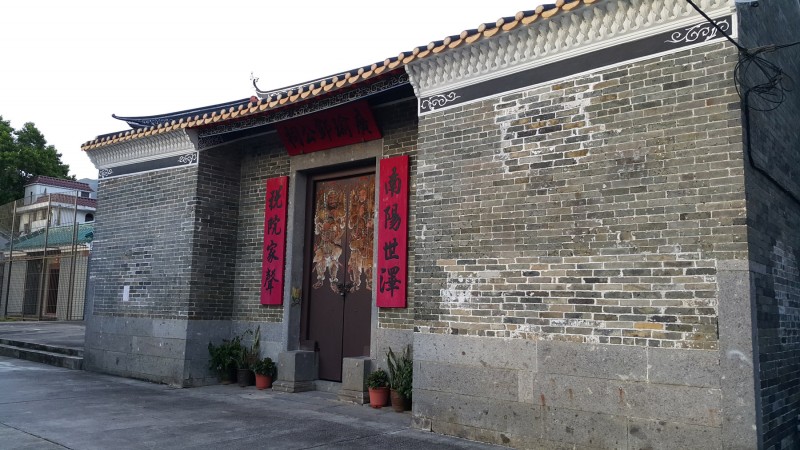 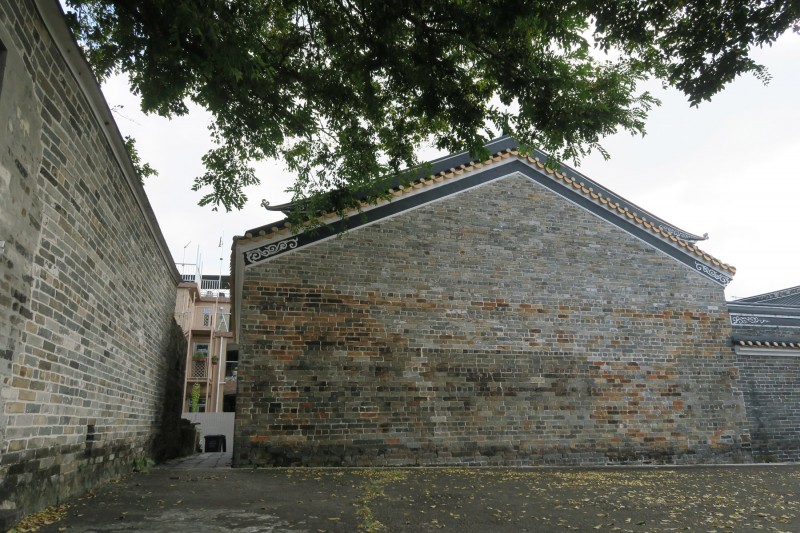 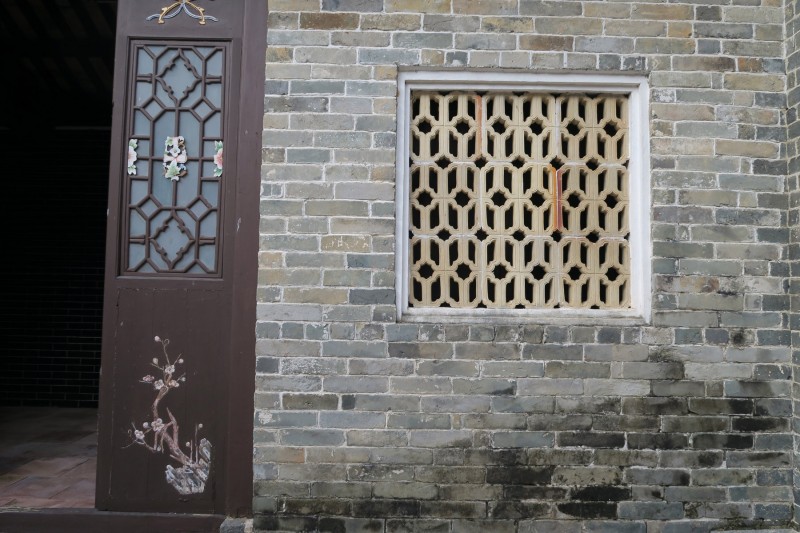 Located along the west edge of Shui Tau Tsuen, Tang Kwong U Ancestral Hall was built by Tang Tseung Luk 鄧像六 of the 21st generation to commermorate Tang Kwong U 鄧廣瑜the 17th generation partriarch of the same descent line, in the 40th year of Kangxi 康熙 era (1701) of Qing Dynasty.

A legend was told regarding the founding of Tang Kwong U Ancestral Hall. It is said that seven members of the branch linage of Tang Kwong U 鄧廣瑜 gained xiucai 秀才, successful candidate of the first degree in the imperial civil service examination. To express wealth and prestige, these educated elites planned to build an ancestral hall to commemorate their lineage patriarch Tang Kwong U 鄧廣瑜.

Tang Kwong U Ancestral Hall is a two-hall structure with three jian 間 [bay] in width. Being a medium sized monumental building; it has an entrance building and ritual hall aligned along the central axis.

The open ground in front of the building is the venue where celebratory activities for the birthday of deity Hung Shing as well as the first full moon of the New Year take place.

The importance of the building is highlighted by a few delicate architectural details, including the tall granite columns with deliberately dressed octagonal section in the entrance building, plastered moldings with refined craftsmanship and the ceramic leaking windows at the side chambers in the courtyard. Having humpbacked roofs, atop the front eave of the side chambers are parapet facing the courtyard.