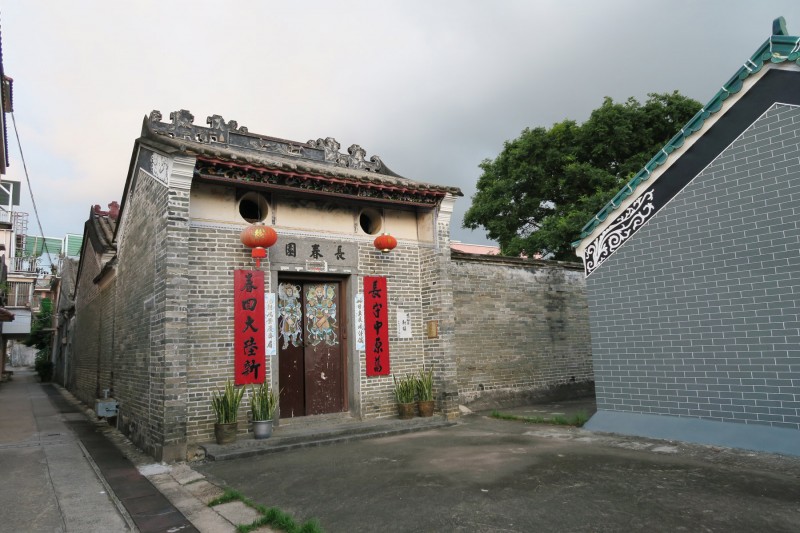 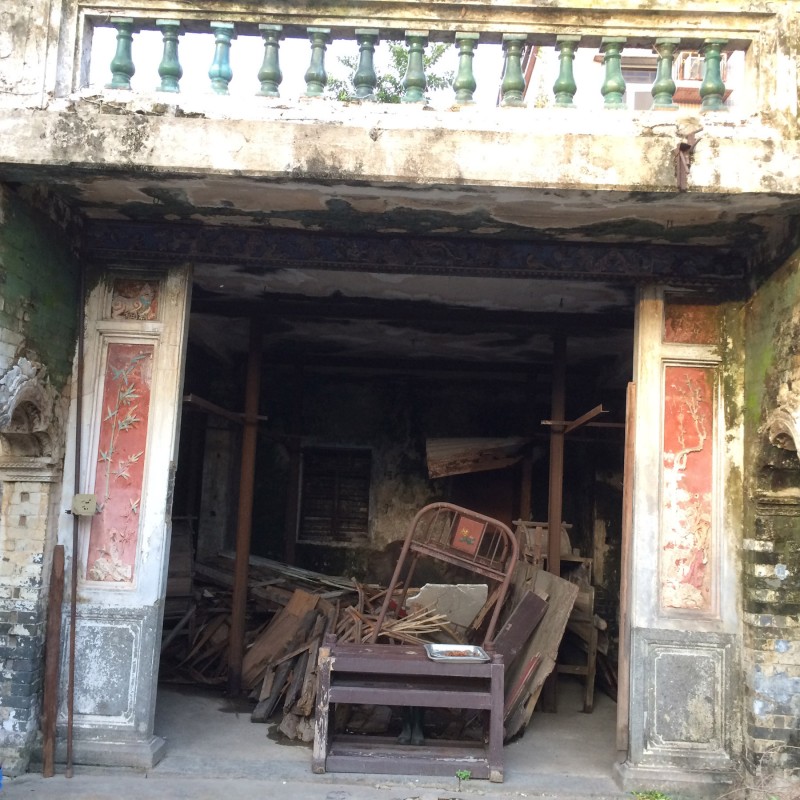 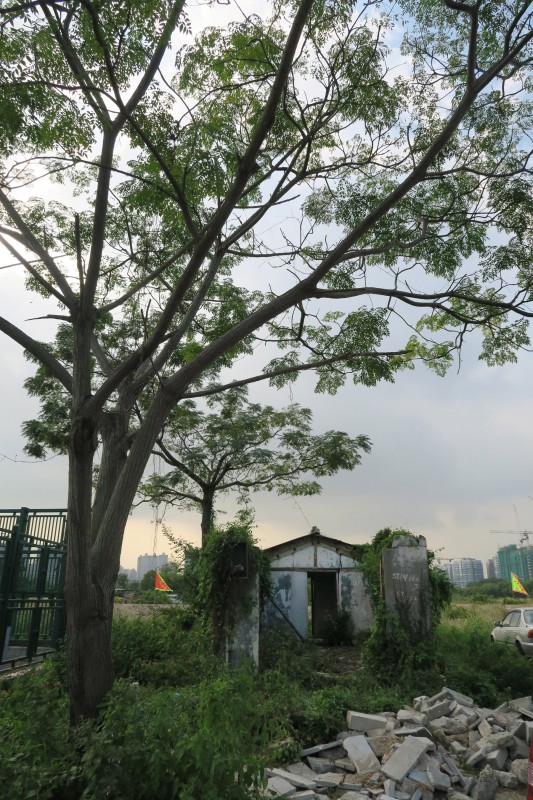 Cheung Chun Yuen is a study hall in Shui Tau Tsuen specially for martial arts training of local youth. It is actually a complex formed by buildings of different usages, including a two-hall structure for ancestral worship, a small block once for opium smoking, a guest house with living area, as well as a garden and an open ground for martial training.

At the north of the complex is a two-hall structure with one jian [bay] in width that served as family ancestral hall for the branch lineage of founder, Tang Ming Hok 鄧鳴鶴. It was where rituals were performed to knowledge the birth of new male lineage member and where marriages took place. The front of the main hall is recessed, providing a vestibule to the ritual space beyond.

I write/
with my being/
a signature into this world/
a poiema, a living poem/
I become/

We write/
with our beings/
and leave a legacy/
of belonging, isolation, connection, dissonance/

Hidden stories/
whispered/
through the village walls/
cold, stagnant, innocent, fenced/
we furnish ourselves with modernity/
and forget the prominent/
that continues to take shape/