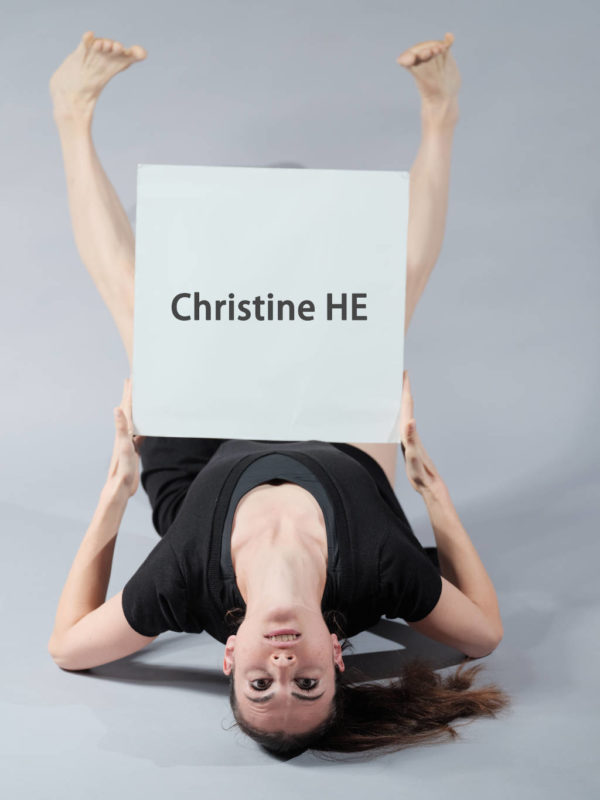 My name is Christine He. The Surname He is from my husband; my birth name is Kehr. I was born in Germany and lived there for most of my life before moving to Hong Kong in 2009. I came here to follow my boyfriend who I then married in 2011 and with whom I have two kids now who were both born in HK. Our first son was born in 2014 and our second son in 2016.

My husband was born in Mainland China, in Xiangtan (Hunan), but moved to Germany when he was 4 years old to live again with his parents after having lived for over 2 years with his grandparents while his parents went to Germany first to start studying for their PhDs there. They were both very grateful that they got the chance to go to Germany after the Cultural Revolution during which they had to work on a farm and in an electronic company.

After their studies they worked in different German cities until they finally came to the town of Neustadt where my husband went to the same high school as I did. He was the only Chinese kid in our school and even if German is his native language like Mandarin he also encountered bullying when he was younger.

My family had moved to that same town when I was just 1 year old. Before that we lived in Bavaria, where I was born and where my father’s side of the family is from.

My dad’s parents met during the 2nd World War when soldiers were stationed in private homes and he lived with a family who had one daughter. In 1944, in the middle of the war, he married the daughter. My grandpa had to go to the front in Russia but was sent back because of his knowledge in high frequency technology. This saved his life because instead of having to fight he was recruited to work in a secret laboratory (camouflaged as a medieval castle) which aimed to develop a wonder weapon against the enemy.

After the war my father was born and two years later his sister. Today those two don’t talk to each other anymore because they argued too much about who and how to take care of their aging mother. She just died in January this year at the age of almost 98.

My mom grew up in another part of Germany. When she was only 9 years old, her mother died.

A few years later her father got married again but she and her two siblings never got along very well with their stepmother.

Years later she met my father’s sister on a holiday job and ended up marrying her brother.

My mom used to be a teacher for kids with special needs and my dad worked in a chemistry company. When we kids were finally all in school, my mom started to study again in evening school and eventually became a healer for alternative medicine. It’s a bit similar to a traditional Chinese doctor just based in another culture.

My parents had three kids together. I am the youngest one. My brother always loved computer games and then became a computer game designer in his own company. My sister studied architecture but now works in city administration and also has two kids with a similar age to mine.

I myself always love dance and after studying it, finally became a freelance dancer and choreographer in the contemporary art field which I am still very passionate about.

Because my husband got his first job here in Hong Kong, we came here together. He had studied finance and always had wanted to work in Asia after having been to university in the US and UK. Since Hong Kong is the finance capital of Asia with lots of big companies based here, he decided to go to Hong Kong and worked in Private Equity and now in a Hedge Fond covering the China market. Being native in Mandarin as well as English is an advantage for him that he can use now. Even if he never attended a school in China, it was very important for his parents to teach him how to read and write in Chinese as well.

Now my two kids grow up in a very different environment than I did when I was a child living in a rural area of Germany. My two boys grow up in a much more cosmopolitan way with three languages and the Hong Kong and German passport as well as the Home Return Permit to Mainland China. My husband and I both only have a German passport and a Hong Kong Identity Card.

My husband’s parents also moved to Hong Kong from Shanghai, where they stayed a few years after having lived in Germany for 20 years. Both of them also have the German passport only and are doing the China business for German companies.

I consider Hong Kong my home now and believe it is a good place for kids that have a background as mine to grow up in, because Hong Kong is a very multicultural city and I want my kids to grow up being open to different cultures and people.

When we decided to have kids, we wanted to find a quieter place still close to Central where my husband works. So we moved to the little island Ma Wan. The kids have a lot of place there to play outside and the community spirit is very good; like a big village. We are also happy that the kids can have a chance here to go to an international school where they can learn in a bilingual environment and have classmates with similar backgrounds.

I personally am also very grateful to live in Hong Kong because here we found the most amazing helper from the Philippines who is a real part of our family now. And only because of her I can still dance despite having two kids.

So even if we like Germany for the space and less stressful life than we could have there, we are still not sure if we really would like to move back there someday and for the time being are very happy in Hong Kong.

藝術家
0 Likes
We use cookies to ensure that we give you the best experience on our website. If you continue to use this site we will assume that you are happy with it.Ok